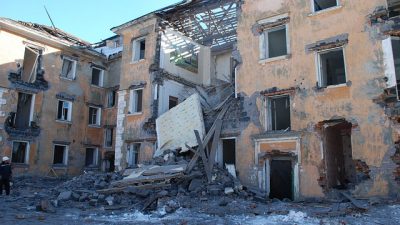 Structural collapses are caused by many different factors, including but not limited to poor structural integrity, design flaws, overloading, improper safety, and negligent maintenance. Structural collapse refers to a building prematurely collapsing, for example, when workers are still inside preparing the building for demolition.

Structural Collapse During Construction or Demolition

Structural collapse typically occurs in either of two phases: construction or demolition of a building. Structural collapse during demolition is one of the leading causes of construction workers’ serious injuries and fatalities. Collapses during demolition work often occur because the contractor does not follow the principles of how to demolish a building safely. Often, workers are sent inside buildings slated for demolition to remove materials that still hold value. However, issues arise when those workers remove load-bearing walls, columns, and beams. Construction collapses may occur because the contractor is not observing sufficient safety procedures.

Poor structural integrity is a leading cause of structural collapse. Structural integrity refers to the foundation. If the building lacks a proper foundation, there is a much higher likelihood that it will collapse. Also, many buildings are overloaded with too much weight; for example, with heavy industrial equipment, the floors were not designed to support. When a building is overladen with too much weight, there is a greater likelihood that some or all of the structure may collapse. Additionally, some buildings are constructed using substandard materials. Inferior materials often degrade earlier than estimated, which significantly increases collapse risk.

Negligent maintenance of the building can also result in accelerated deterioration and collapse. Erosion is another continuing issue. Soil erosion is the process whereby the ground beneath and around the building erodes, either from human-made or natural causes, which results in sinkholes. For example, water leakage from a municipal line can degrade soil integrity. Inadequate safety measures by a construction or demolition company can result in premature structural collapse as well. Structural damage caused by natural and human-made disasters can also cause premature structural collapse. Famous but rare causes include terrorist attacks, whereas tornados and floods are more common natural causes.

Construction, renovation, and demolition companies should carefully study the building, its history, materials, and design before erecting, modifying, or demolishing the building. Adequate preparation and strict adherence to safety standards are crucial in protecting workers.