Did the Makers of OxyContin Lie About the Drug’s Safety and Efficacy? 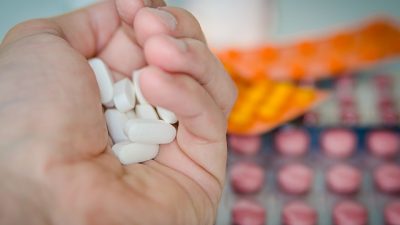 The makers of  OxyContin have aggressively marketed the drug as a safe, twelve-hour controlled-release medication that provided steady pain relief with a reduced risk for addiction or abuse. The company’s deceptive marketing practices and fraudulent claims have led to addiction and overdose injuries throughout the United States, feeding the opioid epidemic.

A Common Link in Opioid Addiction

Opioid misuse takes the lives of more than 90 Americans every day. It’s a growing problem that has attracted the attention of lawmakers, governors, and even the President, resulting in a declared war on opioid addiction. In Illinois alone, opioid overdose deaths doubled from 2013 to 2017. Public experts predict that the opioid crisis will cause approximately 500,000 deaths across the nation over the next decade.

Some reports indicate that a common link in the rise of injury and addiction from opioids is the over-prescription of the painkiller OxyContin. Since the 1990’s, companies like Purdue Pharma have been reassuring the medical community that patients were not likely to become addicted to drugs like OxyContin- leading to a flood of opioid prescriptions and the ongoing opioid epidemic.

Purdue Pharma, the maker of OxyContin, is being sued by several states where opioid addiction, personal injury, and death from overdoses have hit crisis levels. The lawsuits allege that senior citizens and those suffering from severe or chronic pain were targeted by the company in their marketing efforts.

The suits go on to assert that Purdue Pharma engaged in marketing practices that were laced with false representations, inconclusive research data, and outright lies. At issue are two primary misrepresentations.

Sold as a 12-Hour Pain Medication

The lawsuits argue that the makers of OxyContin sold it to doctors and patients as a time-released drug that offered twelve hours of continuous pain relief. Studies have indicated that over half of patients using the drug had less than ten hours of relief from their pain. About 25% had as little as six hours relief. This may have resulted in higher doses used by patients, leading to addiction and overdose.

As part of their marketing efforts, Purdue offered information to doctors claiming OxyContin had a low risk of addiction. Industry groups and doctors who were paid by Purdue provided material that stated that patient addiction could be controlled using screening tools such as urine tests and patient agreements.