Were You Hurt in a Farm Machinery Accident in Illinois? 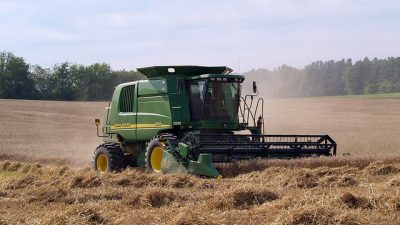 According to the National Institution for Occupational Safety and Health (NIOSH), approximately 100 workers are injured daily on farms. Tractors are responsible for a substantial number of serious farm work-related accidents. The injuries range from the relatively minor, such as repetitive stress injuries, to fatalities from tractor rollovers. Farms are wide-ranging environments from cattle ranches to mega soy and corn farms, which results in a wide range of injuries.

Who is at Risk?

In 2018, about two million people were employed full-time in agriculture production. An additional 1.4 to 2.1 million are seasonally hired workers. Of those workers, about 820,000 youths (people under the age of 20) worked on farms. Farms are unique because they are among the few remaining industries in which people reside and work at their business. The risk of serious injury is enhanced because many of these workers are long distances from hospitals.

Over 50% of farm injuries are classified as sprains or strains by the Occupational Safety and Health Administration (OSHA). Repetitive motion injuries are common due to the repeated physical tasks on many farms. Lifting, pulling, or crouching occurs dozens, if not hundreds, of times a day on a farm. According to the National Agriculture Workers Survey, 11% of workers experience muscle strain.

In 2017, NIOSH reported that 416 farm workers were killed in a work-related accident involving farming machinery. A frequent culprit of these injuries is tractors.

Tractor rollovers are the most common agriculture accident. By design, tractors are top-heavy, which makes them susceptible to rollover accidents. Tractors could become destabilized if they are hitched incorrectly, are moving up a steep hill, or are operating excessively.

Many tractors have ignition switches that are located near the ground. According to NIOSH, several farm workers were injured after accidentally initiating the tractor while standing next to it, resulting in a runover accident.

There are a lot of moving and exposed parts to tractors. These machines are even more complicated if additional equipment, such as a combine, is mounted to them. Each of these moving parts can snag a farmworker and cause a serious injury.

Tractors are huge and heavy machines. Whenever they collide with a tree or other object, injuries result either from flying debris or the collision itself.