This Industry Has the Highest Number of TBIs 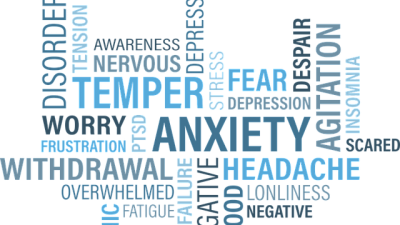 The construction industry has the highest risk of work-related traumatic brain injuries (TBI). Construction sites present many dangerous situations, often made worse by hazardous weather conditions, that raise the risk for TBIs. Falls are a leading cause of injury and death on construction sites. Some result in TBIs that cause long-term consequences. Since many go undiagnosed initially, construction workers can suffer a TBI and continue working, not realizing that the injury is severe.

Research conducted by the University of South Florida and the James A. Haley Veterans’ Hospital found that TBIs cause progressive brain deterioration, elevated levels of inflammation, and decreased cell regeneration. TBIs are typically viewed as acute injuries. However, secondary cell death occurs over time. Dr. Paul R. Sanberg, USF senior vice president for research and innovation and a co-author of the study, says long-term cognitive damage can result from injuries to hippocampal, cortical and thalamic regions. According to Dr. Sanberg, military and civilian patients have exhibited functional and cognitive difficulties brought on by TBIs that occurred long ago. The long-term effects of TBI due to inflammation include an increased risk of age-related neurological decline, Alzheimer’s disease, dementia, and Parkinson’s disease.

Vision problems are common among patients with TBI, even those with relatively minor brain injuries. Research by Gregory L. Goodrich, Ph.D., of the VA Palo Alto Health Care System and colleagues found high rates of vision problems and visual abnormalities among military and civilian TBI patients, regardless of the mechanism of their injury. Based on his findings, Dr. Goodrich recommends a comprehensive vision exam for any person who has suffered a TBI, regardless of the type or severity of the injury. A workers compensation attorney can advise individuals who have suffered a TBI on their rights and legal options.

An eight-year study by the National Safety Council found that iron and steel workers had the highest fatality rates due to TBIs. Workers 65 and older were four times more likely to have a fatal TBI than younger workers. Companies with less than 20 employees were 2.5 times more likely to have someone die from TBI than companies with over 100 employees. TBI fatality rates were also found to be higher among foreign-born workers than among native-born construction workers.