Relying on PELs Can Get Workers Killed 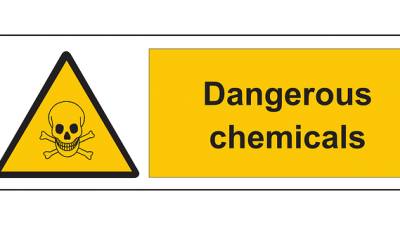 Relying on PEL’s can cause serious injuries or death to workers. Permissible exposure limits (i.e. PELs) refers to the amount of exposure workers can endure before they suffer adverse health consequences. There are PELs for a variety of compound, chemicals, substances, and radiations. According to the government, workers can be exposed to acceptable amounts of these substances and they won’t suffer adverse health consequences. However, this position is controversial within many industries.

PELs were first established in 1971 by the Occupational Safety and Health Administration (“OSHA”), the year of OSHA’s founding. The original PELs were criticized because they were based on old research from the 1950s and 60s. Despite the criticism, these PELs remained in force until OSHA tried to revise 376 of them in 1989. However, the revisions were soon challenged in the Eleventh Circuit by several corporations who successfully overturned the updates. The Court forced OSHA to revert back to the 1971 standards which is where they remain today.

The Issue with the 1971 PEL Standards

The PELs that are in force today were first established in 1971 without revision. The PELs that supposedly protect workers haven’t been updated in 48 years. Every year, new research comes out indicating that early exposure limits do not protect workers enough. The National Institute for Occupational Safety and Health (“NIOSH”) – a sister-agency of OSHA – issued non-binding recommendations on 667 hazardous substances for the industry. Moreover, the American Conference of Governmental Industrial Hygienists has produced hundreds of additional recommendations that provide much more protection than the PELs.

The Result of Outdated PELs

The result of these insufficient standards is that thousands of workers are exposed to unsafe levels of dangerous substances. According to the Mark Stenzel, a safety expert, employers tend to rely too heavily on PELs without appreciating that these are outdated standards and they are exposing their workers to dangerous levels.

Moreover, OSHA remains bound by the PEL standards, therefore, it often finds “no violations” when it inspects employers who comply with PELs but continue to expose their workers to dangerous substances. According to the Laborer’s Health and Safety Fund of North America (“LSHFNA”), OSHA only sets minimum levels of safety and protection – not ideal levels. LSHFNA recommends employers adopt more stringent standards promulgated by the American Conference of Governmental Industrial Hygienists and NIOSH.