In Illinois, Who Has the Right of Way in A Crosswalk?

Posted on May 24, 2017
Categories: Personal Injury 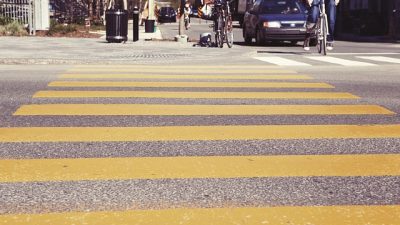 According to the National Highway Traffic Safety Administration, 150 pedestrians were killed in 2015. This is the highest rate of pedestrian fatalities since 2007 when 171 pedestrians died.

The State of Illinois has several laws governing what a crosswalk is, who has right of way, and what parties are responsible for different types of crosswalks.

Illinois recognizes pedestrian crosswalks as designated areas between roads that may or may not be marked by the lines or signs. If a sidewalk is intersected by a street, it is understood that this is a crosswalk, even if there are no other indicators. Crosswalks can appear along other portions of roads, but they must be marked.

A personal injury lawyer can help better identify what is considered a crosswalk according to the law. In the event a pedestrian is injured or killed while crossing a street, the law will seek to identify fault, as they would in any other kind of car accident. Whether the pedestrian was in a crosswalk will be considered when assigning fault.

When a Pedestrian Has Right of Way

Pedestrians have the right of way in several scenarios.

They do not have the right to walk out into a crosswalk without ensuring their own safety first.

When a Driver Has Right of Way

A personal injury lawyer can help better understand the laws about the right of way at a crosswalk.