Workers and Disability: The OASDI Program 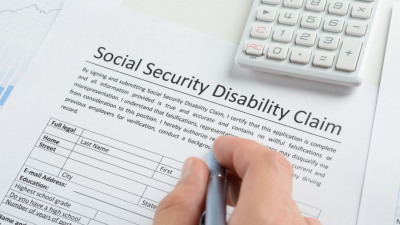 The Old-Age, Survivors, and Disability Insurance (“OASDI”) Program, popularly known as “Social Security,” is a federal government program that pays monthly income to insured workers and their families at retirement, disability, or death. The OASDI program is split into two parts, the Old-Age and Survivors Insurance (“OASI”) and Disability Insurance (“DI”) programs. The OASDI Program is the largest social welfare program in the United States, providing coverage to about one in five Americans.

However, it isn’t automatically granted, for a worker to qualify for benefits, she must:

Standard Awards and Incidence of Disability

The OASDI Program is run by the government which means it is subject to political whims, public opinion, and taxes. The wage replacement rate has oscillated from as high as 70 percent to the current average of 40 percent. The wage replacement rate is the amount of disability that is paid to a particular claimant based on their income as a worker prior to their injury.

If the SSA determines, either at the application stage or during a review, that the recipient of the aid can or is performing a substantial gainful activity, the SSA will terminate benefits. The recipient is permitted to appeal the decision within the SSA and to a federal court.