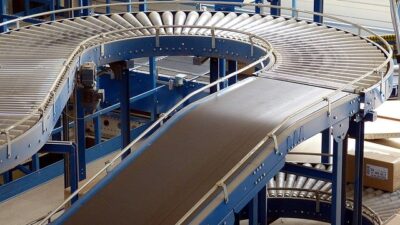 Conveyor belts cause injuries to workers in every manner of the workplace, from warehouses to factories. Conveyor belts are dangerous heavy machines that move thousands of pounds of material and objects daily and can easily crush a human worker’s hand or limb.

Conveyor Belts Can Cause Serious Injuries

Conveyor belts are ubiquitous. They are present in grocery stores, warehouses, factories, and even in some restaurants. Conveyor belts eliminate thousands of hours of labor that would otherwise be spent by humans pushing carts or carrying objects back and forth. Conveyor belts are great at reducing stress on human bodies and improving overall workplace safety.

However, conveyor belts are also hazardous. Conveyor belts vary in size, speed, and pull strength, but they all share one common feature – they keep working until they can’t. Conveyor belts can cause serious injuries to workers if proper safety procedures and technologies aren’t utilized.

Workers need to know how to perform their duties but also how the equipment they work with operates. With greater knowledge, these workers are empowered to use these machines efficiently and safely – with an appreciation for how dangerous these machines are.