Workplace Safety Is a Work in Progress 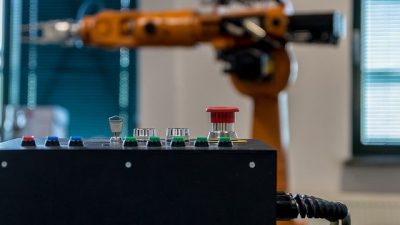 Workplace safety has come a long way since it was first pioneered in 1971 with the establishment of the Occupational Safety and Health Administration (“OSHA”). Workplace safety is an ongoing project with continually revised procedures, new technology, and changes to workplace culture.

Innovations in workplace safety span from the 1950s to the present day. In 1954, Liberty Mutual opened Research Institute for Safety, which released the preeminent Manual-Handling Task Guidelines. These guidelines outlined the maximum weights and forces that workers can safely lift, pull, push, or lower without substantial fatigue on their body. In 1969, a group of safety professionals created the Board of Certified Safety Professionals, a non-profit organization that tested and certified workplace safety. Its standard remains among the most respected safety designations.

These organizations were shortly followed by OSHA’s creation, which formally initiated national workplace safety culture in the U.S. OSHA’s primary mission was to collect data and release reports about workplace injuries and fatalities to inform lawmakers on best practices. In 1971, it was estimated that 14,000 workers were killed on the job. In 2009, that figure had dropped to 4,340 even as total employment numbers doubled.

Safety was further improved in the 1960s and 70s as corporations began pioneering the use of robotics. General Motors introduced the first manufacturing robot in 1962, and by the 1970s, factories were using fully-electrically driven robots. Liberty Mutual continued its research in the 1980s examining repetitive stress injuries and found that repetitive tasks can cause significant long-term physical harm. Their findings resulted in the 1994 Musculoskeletal Stress Measurement Kit. In 2001, Liberty Mutual created the Quantitative Analysis Unit, which studies occupational injury epidemiology and releases annual rankings of the leading causes of workplace disability and injury.

In 2008, the first collaborative robot was introduced at Linatex. In 2017, workplaces began incorporating applications, sensors, and data to improve safety and transparency. From 2018 to 2019, major manufacturers began adopting exoskeletal suits to enhance worker productivity and safety. Recently, 2020 saw major advances in disease detection in the workplace.