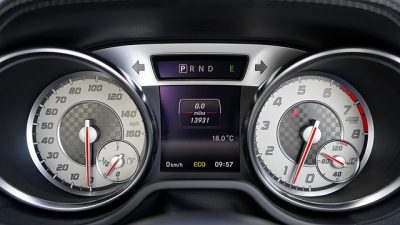 Advances in sensor technologies could significantly reduce deaths from vehicular heatstroke. The tragedy often happens to responsible, loving parents in a flash of human error when a child is unknowingly left in a vehicle or somehow gains access to it. Even at moderate temperatures as low as 55 degrees, heat in the interior of a car can rise to above 107, hot enough to kill a child. Despite initiatives like Safe Kids, program support from automakers, and the National Highway Traffic Safety Administration (NHTSA), over 30 children die from heatstroke each year across the United States.

Existing motor vehicle and child protection laws were written for conventional vehicles having human operators in mind. A personal injury lawyer is familiar with the existing legislation. For instance, seat belt regulations recognize the parent or guardian if they are an occupant of the vehicle; or the person accompanying the child if the parent or guardian are not an occupant of the vehicle.

Newly drafted legislation in Illinois considers fully-autonomous vehicles equal to humans, in terms of the requirement that they conform to traffic and motor vehicle laws. It is itself a distinct, accountable driver.

In response, original equipment manufacturers (OEMs) seek to implement ultra-reliable safety features, simultaneously addressing fears of equipment failures among the general public. A personal injury lawyer is aware of legislative additions and, as they are incorporated, how they apply to victims.

Airbags do not prevent heat stroke, however, the sensors they are installed with, may. Since 2006 Occupant Classification Systems (OCS) can:

Experimental technologies can use optical images and physiological factors like respiration and heartbeat to control vehicle features. Despite these advances, implementation is slow. For instance, the General Motors 2017 Acadia SUV only now comes standard with a rudimentary reminder to check the back seat – an industry first.

The NHTSA continues to investigate sensor technologies for conventional vehicles that could prevent childhood vehicular heatstroke. Sensor technologies now being used to deploy airbags in conventional vehicles might someday control the operation of other systems such as power windows, air conditioning, and alarms. Many of these are set to be incorporated in autonomous vehicles, possibly reducing child deaths from heatstroke.