Can an Illegal Immigrant Get Workers’ Compensation? 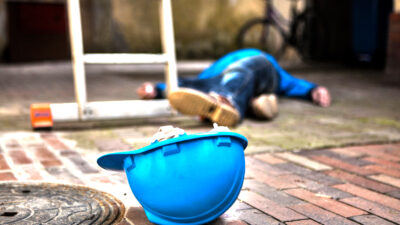 Although federal law outlaws the intentional hiring of undocumented employees, immigration status does not prevent an injured worker from getting protected under the laws of most states. In Illinois, for instance, illegal immigrants injured on the job are eligible for workers’ comp benefits. A workers’ compensation attorney can help you understand your full legal rights as an undocumented worker and available recovery options under your state’s Workers’ Compensation Act.

Are Workers’ Compensation Benefits Available for All Workers?

All workers injured on the job, or who develop work-related illnesses, are eligible for wage replacement and medical benefits under the Workers’ Comp Act of most states. These benefits are available for both documented and undocumented employees.

The Act seeks to seal loopholes employers may use to avoid contributing workers’ comp premiums. One of those loopholes is hiring illegal immigrants. In addition, employers who are not liable for employee injuries may fail to comply with worker safety laws like those specified in OSHA Regulations.

Illinois’s Workers Comp Act does not specifically preclude illegal immigrants injured on the job from collecting workers’ compensation benefits. The same applies to Minnesota and Georgia.

The discovery of citizenship or immigration information is usually protected in workers’ comp cases. This is especially true if such information would prevent the undocumented worker from financial recovery by concentrating on immigration status instead of employment rights.

IRCA requires employers to conduct background checks on potential employees and hire only those that meet the legal requirements for working in the United States. This federal law imposes fines of up to $10,000 on employers who intentionally hire illegal immigrants.

Employers often attempt to use IRCA to justify their workers’ compensation coverage denial when an undocumented worker sustains work-related injuries. They argue that, because the worker was in the U.S. illegally, that worker does not satisfy workers’ compensation eligibility criteria because he or she is not an authorized employee.

Can Undocumented Workers Sue for Injuries in Court?

Can Undocumented Workers Get Deported for Suing for Injuries in Court?

Trying to deport an undocumented worker who had recently initiated an injury lawsuit in court amounts to interference with the course of civil justice. The INS and other immigration agencies will usually allow courts to determine the injury lawsuit before taking legal action.

How Much Can Undocumented Workers Collect in Workers’ Comp Benefits?

Multiple factors are often at play when determining the actual amount you, as an undocumented immigrant, can collect in workers’ compensation benefits. These factors include your state laws, your injury’s nature and extent, and the amount of your pre-injury earnings.

You Must Qualify as an Employee

Not all workers qualify as employees under workers’ comp eligibility requirements. Most states exempt independent contractors, including consultants, freelancers, and “gig” workers, from eligibility for workers’ comp.

States may also exempt workers with relatively little earnings or those that work only a few days per year. Real estate agents, casual workers, farmworkers, and domestic employees, for example, might be exempted from workers’ compensation coverage.

Volunteers typically are not eligible for workers’ compensation coverage. Specific exceptions exist, however. Some states provide workers’ comp benefits to volunteer firefighters or allow employers to include their volunteers in their workers’ comp programs.

You Must Have Suffered a Work-Related Injury or Illness

If you sustained an injury or became ill while performing a task for your employer, then your injury or illness is work-related. Workplace accidents happen more frequently in labor-intensive and physically demanding professions. No employee is fully protected from the risk of work-related injury or illness, however. A typist, for instance, may get carpal tunnel syndrome due to his or her typing job. A back injury sustained while loading boxes in a warehouse is another example of workplace injury.

Most employers have workers’ comp coverage. You can find out the agency in charge of your state’s workers’ comp on the U.S. Department of Labor’s website. You can also learn more about your employer’s maximum limits for various job-related injuries or illnesses. If your employer does not carry workers’ comp insurance, you may need to initiate a worker’ comp lawsuit to recover damages.

You Must Comply with Reporting and Filing Timelines

You must meet your state deadlines for reporting your job-related injury or illness to your employer and initiating a workers’ comp claim or lawsuit. Otherwise, you could lose the right to pursue and obtain workers’ comp benefits.