What You Should Know About Internal Bleeding 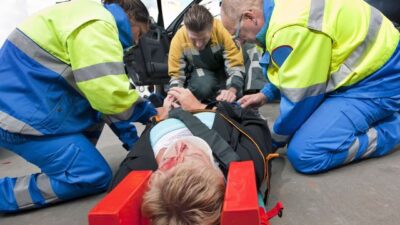 The Basics of Internal Bleeding

Internal bleeding is hard to detect because it is entirely internal. Therefore, everyone who might have been injured in a car or workplace accident should see a doctor. Internal bleeding is caused when the circulatory system is damaged, which can be caused by external trauma that doesn’t necessarily result in external injury.

Internal bleeding can cause hemorrhagic shock and fatality if it is untreated. A layperson does not easily diagnose internal bleeding, but trained EMTs can usually identify an internal injury’s scope and the extent to brief medical staff. Moreover, trained EMTs will stabilize a person during transport to reduce injury.

Blunt force injuries can cause internal bleeding—for example, a car accident or getting stuck by a falling object. Indeed, any time an object strikes someone, it is possible that internal bleeding could result.

In traffic collisions, a person’s body continues to be propelled forward until its momentum is arrested by a seat belt or something else. These sudden stops can cause the brain to hit the cranial walls resulting in brain swelling. Even a minor sudden stop can cause brain bleeds or other internal injuries.